When I first received the email from Kris at Junk Chic Cottage asking me if I would be interested in being featured on her Saturday Spotlight, Life Behind The Blogger, I thought she had gotten the wrong email address. I fly my blog way under the radar so I was, quite frankly, shocked that she would ask. Thank you Kris for extending this honor to me and my little blog, I appreciate you so much!

My name is Cindy and I have been blogging at Consider It All Joy for 6 years. 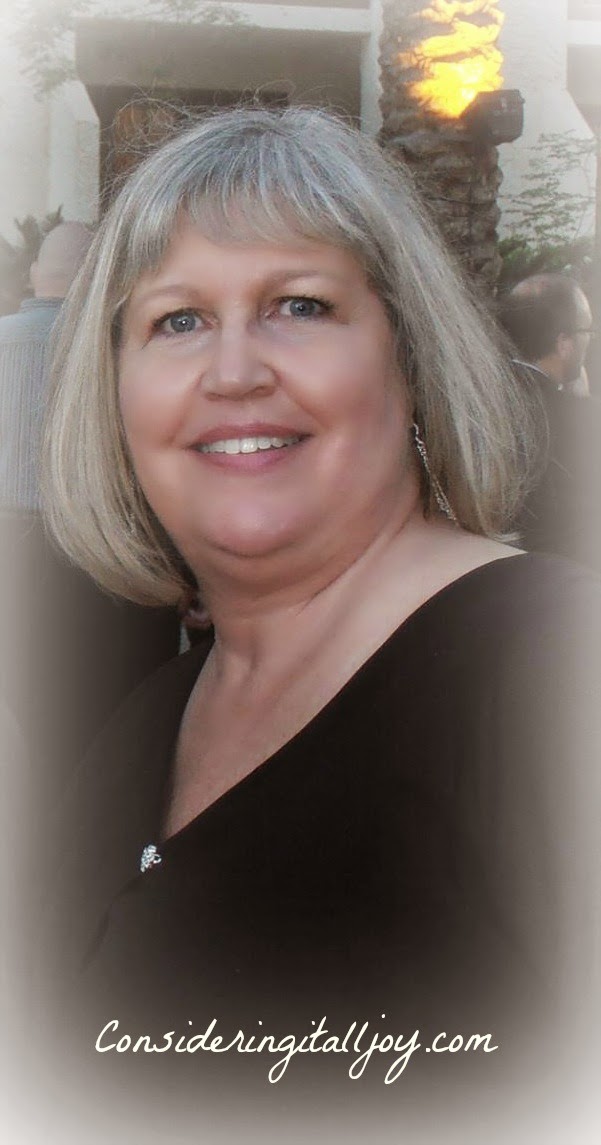 Born and raised in Southern California you might say I lived a fairy tale kind of life, spending all of our free time at either, Disneyland, Knott’s Berry Farm or the beach (Huntington, Newport or Balboa).  If I was afforded the opportunity now, I would definitely make my home on a beach somewhere in California.  But for now, I’ll just be happy to hang out in my own little piece of Paradise.  This fall I will be painting a full mural on the back wall behind the pool
(now that I've announced it, I HAVE to complete it) 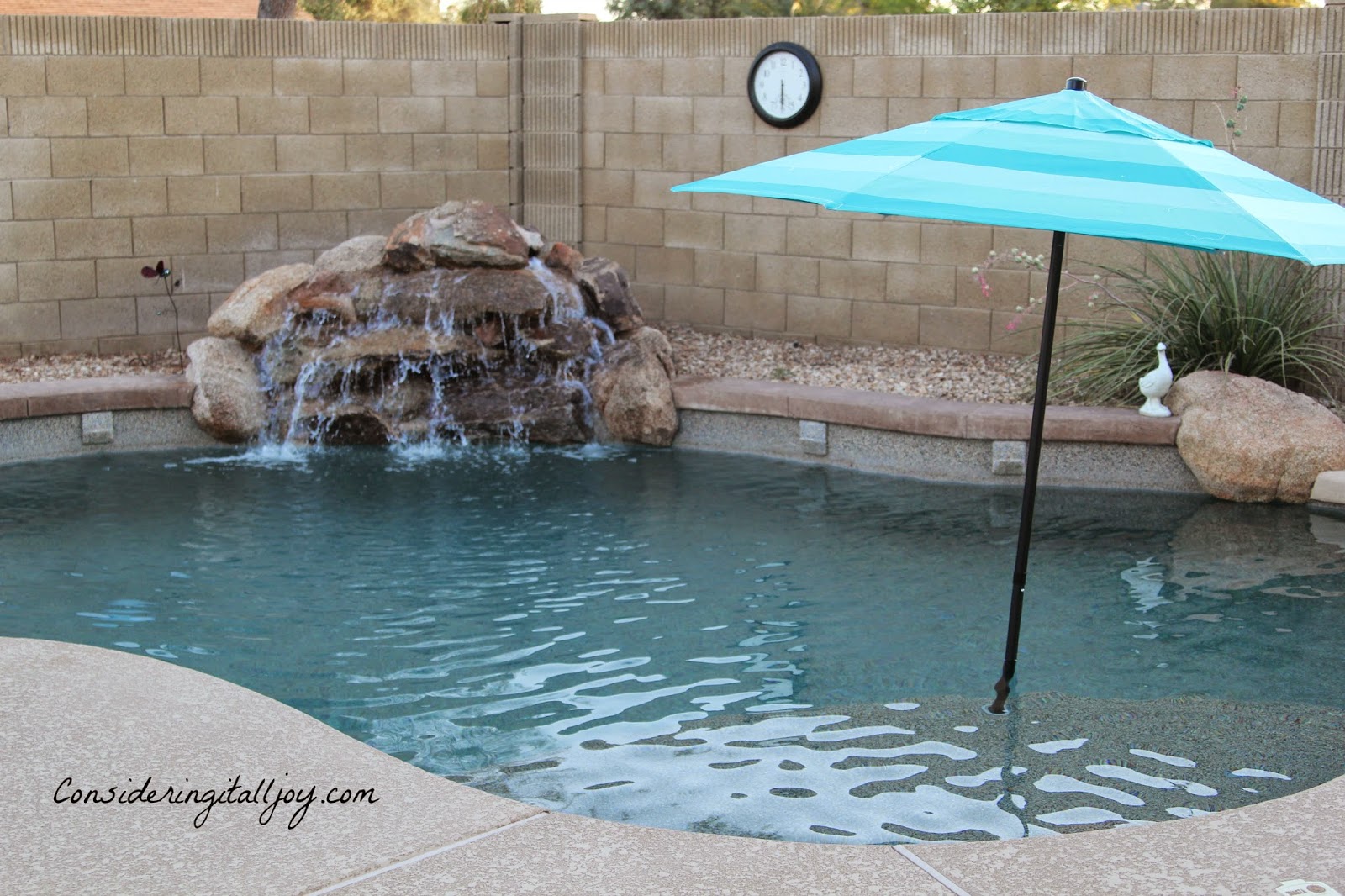 At 21 my family purchased a restaurant in a small town near Lake Tahoe, CA where I eventually met and married the love of my life. Because his family came from and owned a large portion of Bodie, CA he wanted to get married there, (it is now a State Historic Park), so on May 16, 1981 that is exactly what we did. 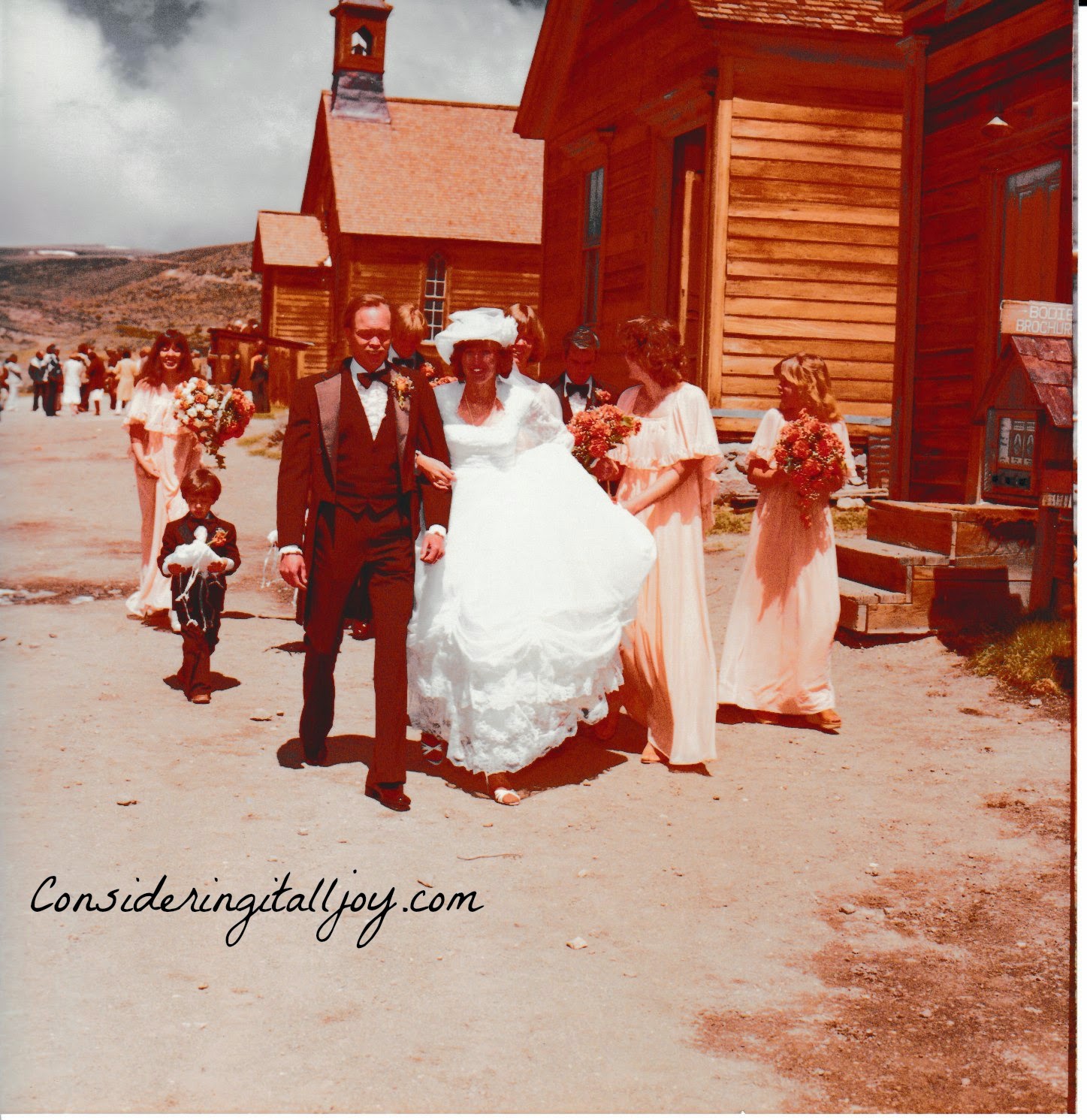 Just 6 months into our marriage I found out I would not be able to have children. After numerous tests, sleepless night and months of tears, we decided that adoption would be our option. Our oldest son came into our lives when he was 21 months old; we were his 4th home and gratefully, his final home. Our youngest son was 4 months old when he came to us; we were told he was deaf, blind and paralyzed on his right side. We were told he would never walk, talk or live beyond a year or two. We were asked if we would just take him until they found an institution who would take him. Please, don’t get too attached they said, my heart was hooked, he is now 29, and even with all of his ‘deficits, I wouldn’t change anything for the world. 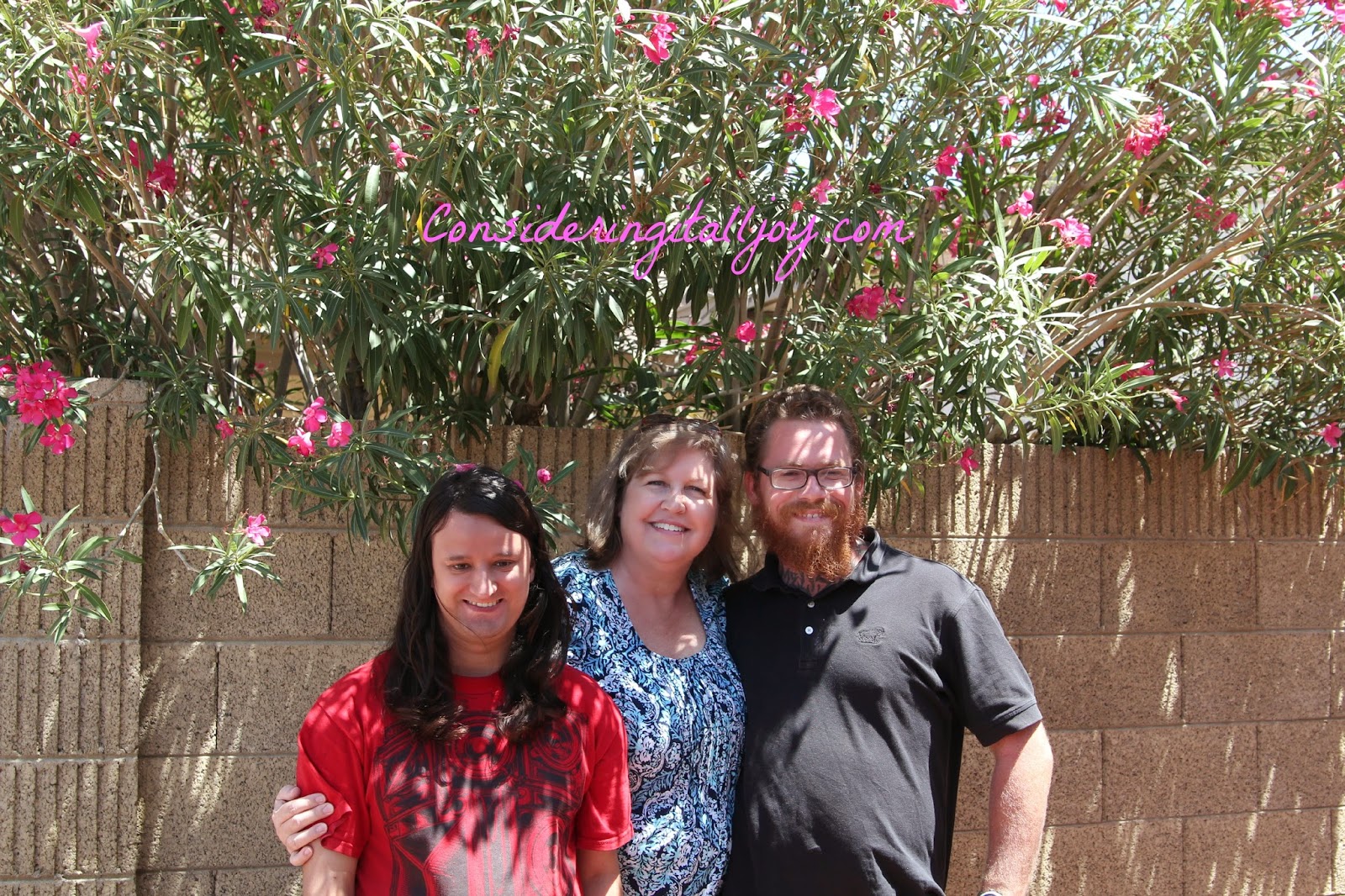 Eventually life led us to Phoenix, AZ where we purchased our 1st and only house together. It’s a tiny 1100 sq ft (vintage~lol) 1979 tract house. It’s nothing special, except for the fact that we purchased it together and made it home. 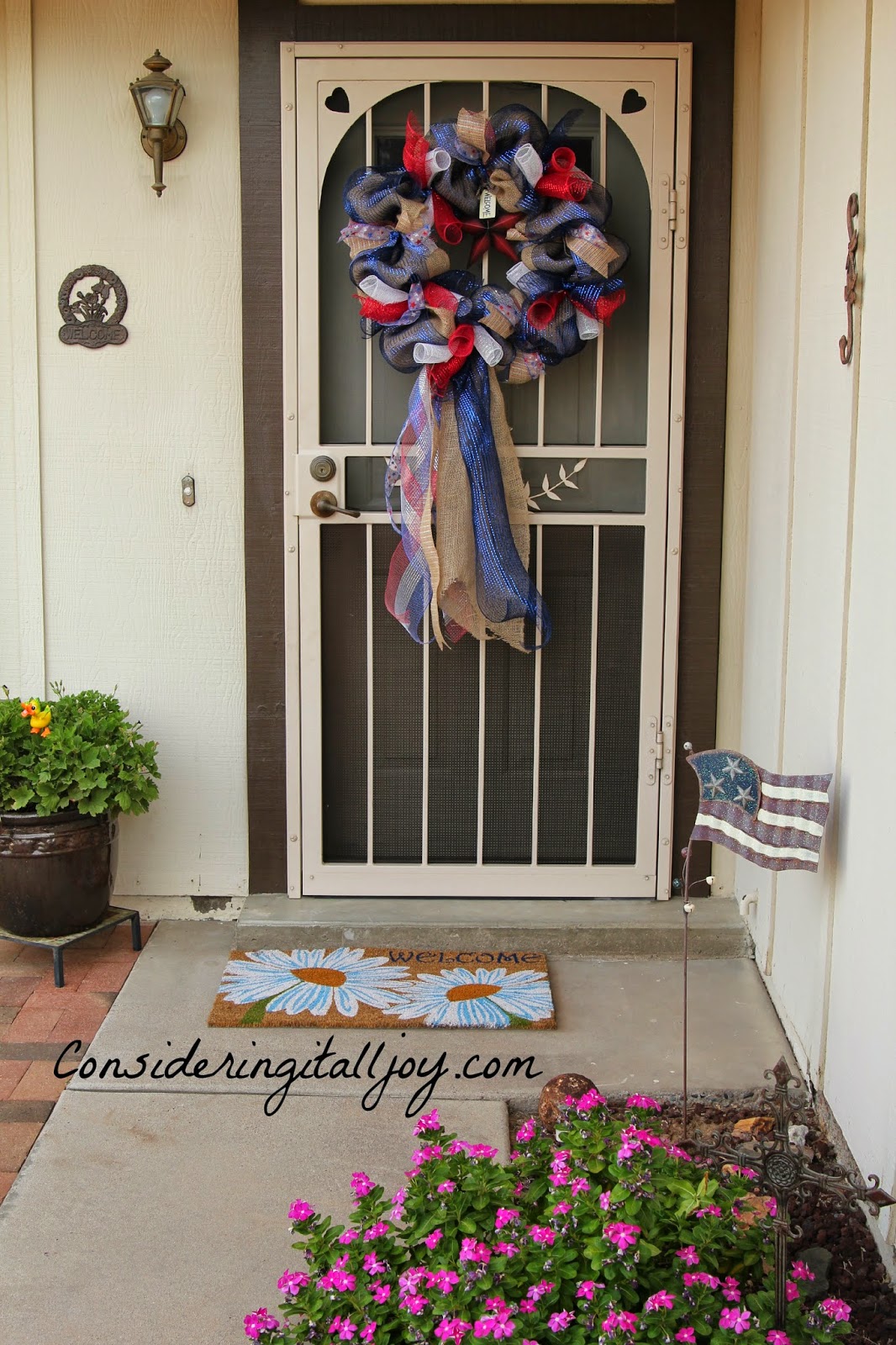 I first began blogging as an outlet for a tough season I was walking through never thinking anybody would ever read what I wrote, however I began participating in on-line Bible studies and met some amazing women whom I can honestly say have become great friends, even in real life friends.

On Christmas Eve 2010, I awoke to find my husband of nearly 30 years, had passed away early that morning and my life changed forever. My world, as I had known it, fell apart and everything I had grown to love was turned upside down, including my blog.

During that season of grief it was my son’s and My 3 K’s (my granddaughters) who kept me semi-sane and able to put one foot in front of the other. 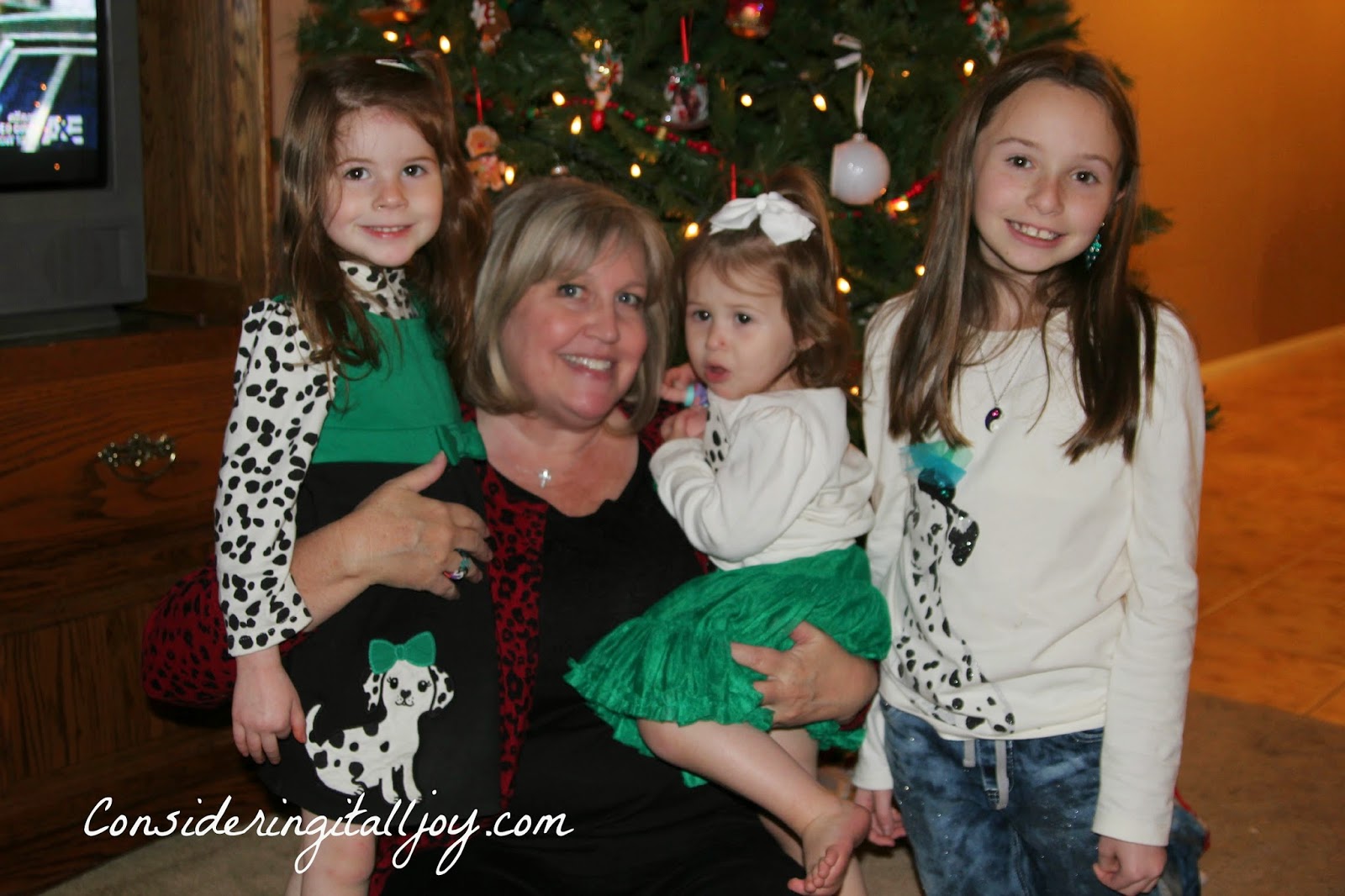 It has only been in the past 6 months or so that I have begun to actively pursue new hobbies which include, writing, photography, junkin’ and reviving my blog.  Those are just the types of things you will find on my blog. Family, photography, junk finds, decorating attempts and the like. I love the #3, C’s and K’s and pick them up when I find them. 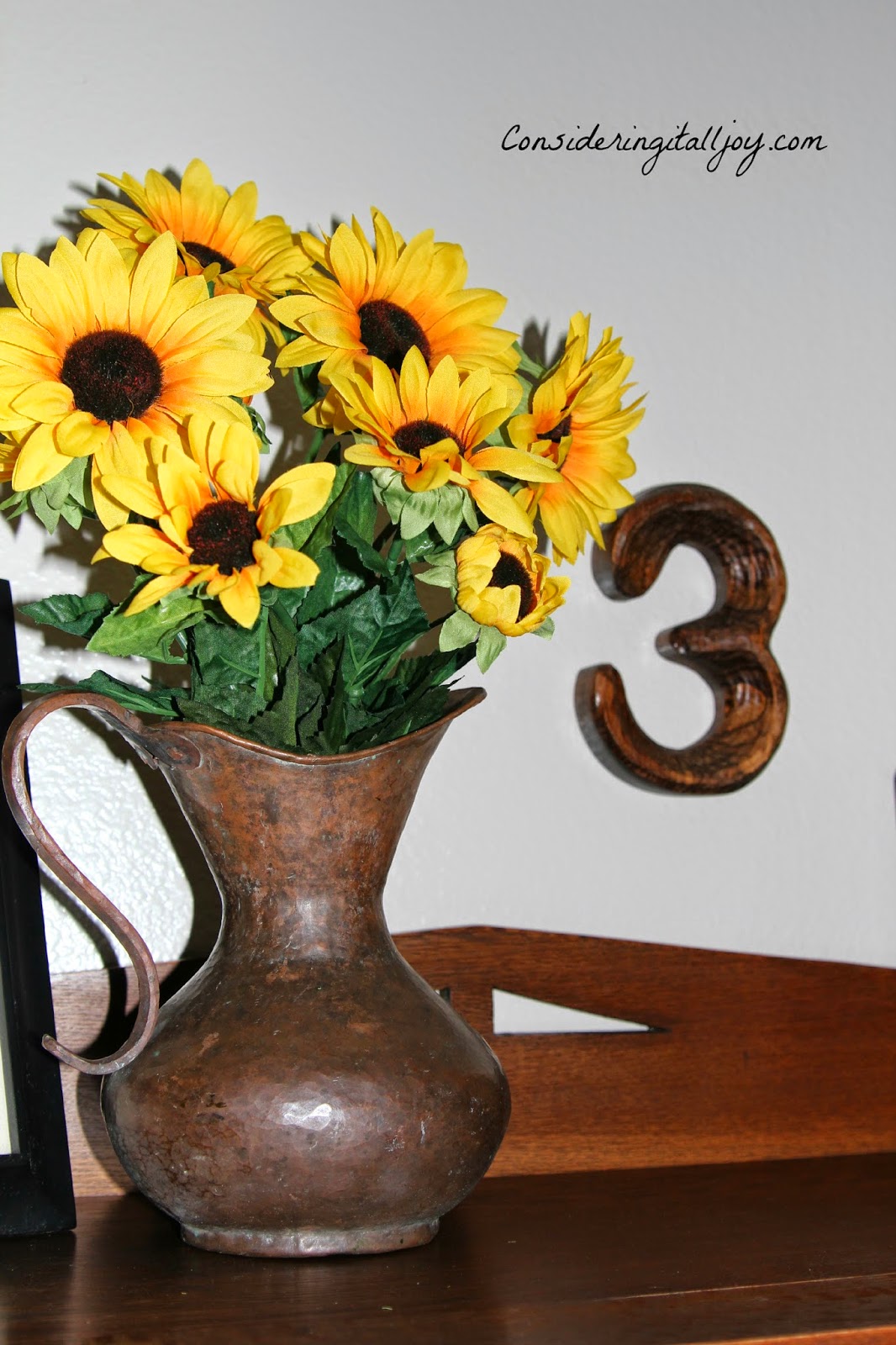 In the months ahead I do plan on updating my blog and re-naming it, it's a work in progress, as am I.  I do hope you will stop by and allow me to get to know you. 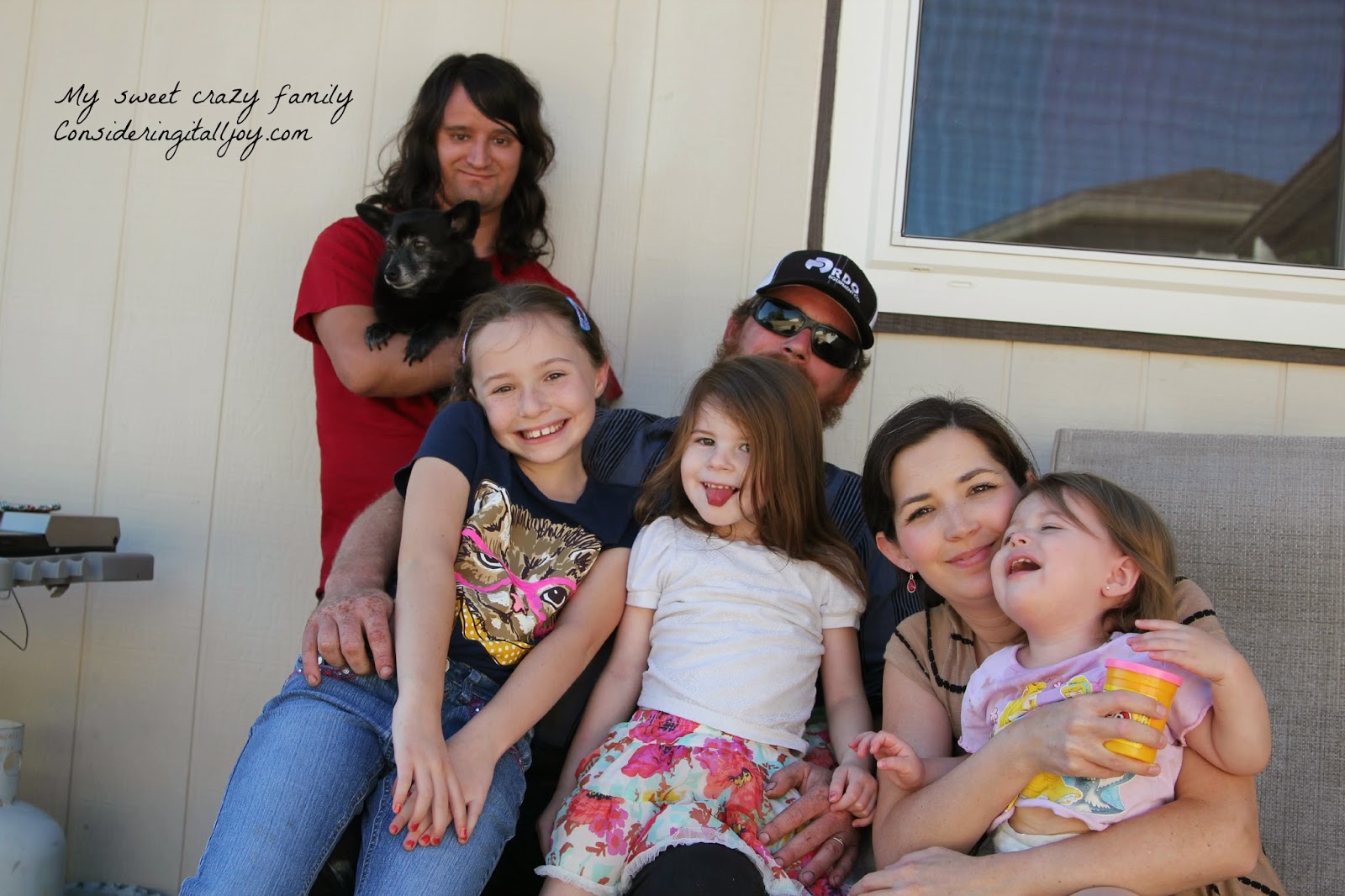 Kris, thank you again for this amazing opportunity! You are a Gem...
Posted by Consider It All Joy at 4:00 PM